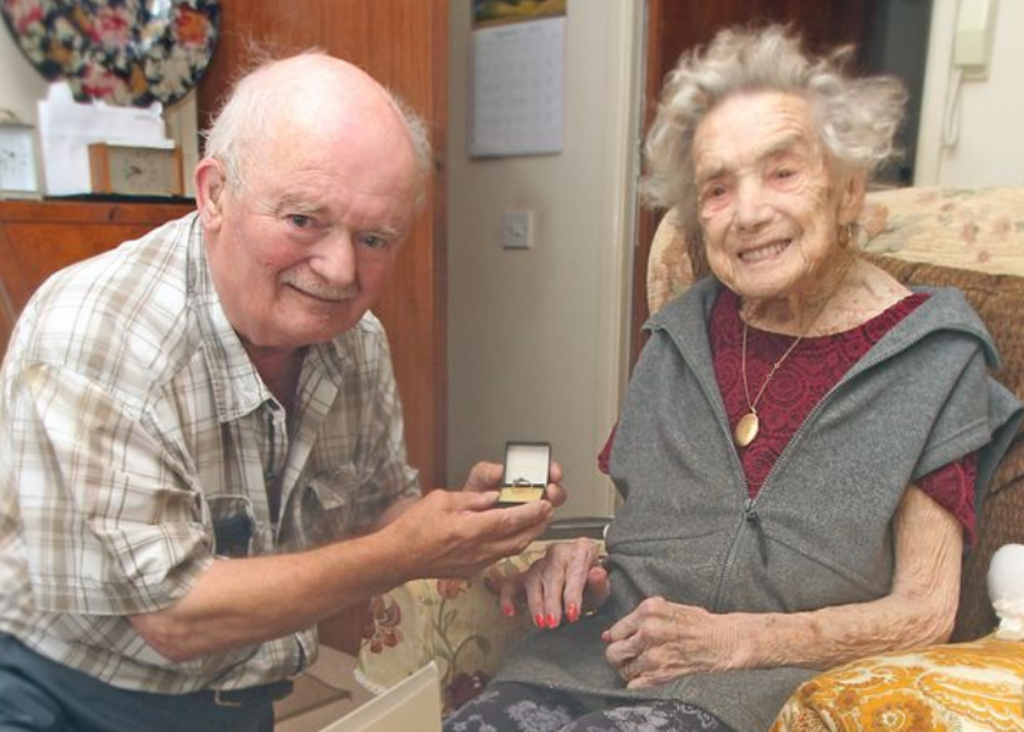 Age is just a number, and for 100-year-old Norah Yates and her now-husband Malcolm Yates, this couldn’t be more true. The pair have shown that it doesn’t matter whether you’re young and active or older and rely on a stairlift, as they recently tied the knot near their home in Prestatyn in North Wales after having been together for 30 years.

Norah and 74-year-old Malcolm met in the 1980s. Norah had already been married twice before but found herself widowed again when she met Malcolm. Since the encounter, the two have “been together ever since”, with Malcolm finally popping the question earlier this year.

Mum-of-one Norah was born in Wrexham in 1917. She married her first husband when she was 18 years old, after the two met at the Prestatyn Golf House Hotel where she was a maid and cook and he was a golf caddy. After his passing in the 1970s, Norah met her second husband whom she was married to for 16 years until his death in the 1980s. It was then that Norah discovered her love for modern sequence dancing, where she ultimately met Malcolm who also shares a passion for dancing.

"We met at modern sequence dancing in Meliden,” Malcolm told the Mirror. "I couldn't dance, but Norah was very good at it. She more or less taught me and helped bring me on.

"We went travelling a lot and would dance on holidays to Torquay. We liked the Cha-cha-cha the best.”

The two got hitched in The Beaches Hotel in Prestatyn, in a small ceremony of about 30 close friends. Bride Norah was pushed down the aisle in her wheelchair to Abba’s Dancing Queen – a nod to Norah and Malcolm’s love for dancing and the way the two met that fateful evening.

Here’s our congratulation to Norah and Malcom, showing us whatever your age everything is possible.