Children and pensioners become friends in return of Channel 4 show 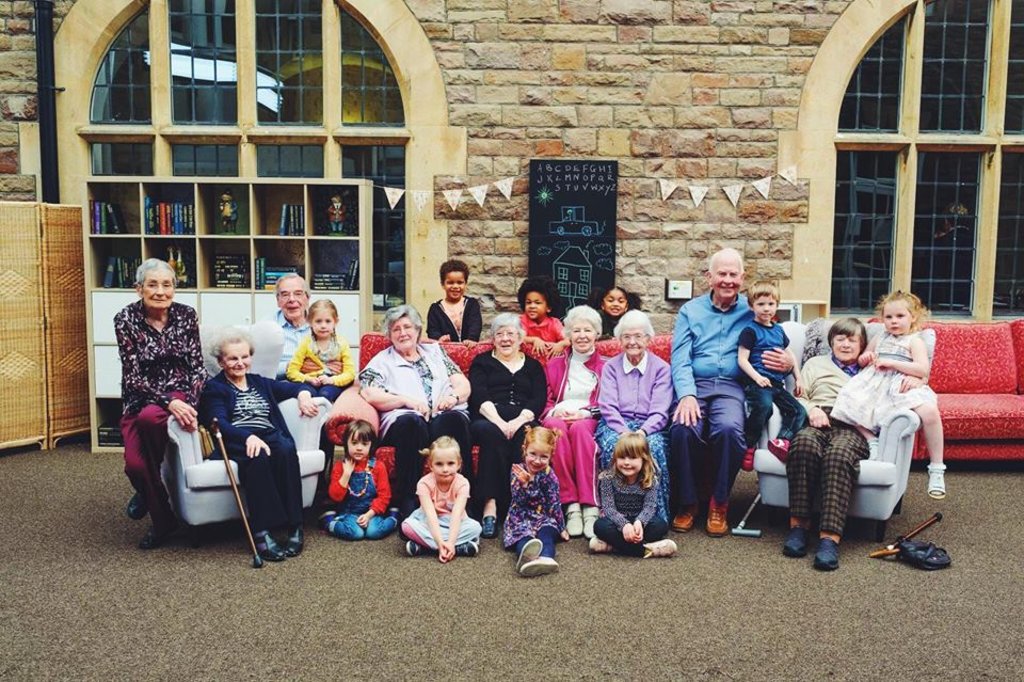 The second series of Channel 4’s Old People’s Home For 4 Year Olds has returned, with the second episode airing tonight at 9pm.

The series follows a group of 10 four-year-olds and 10 elderly care home residents as they come together to take part in a range of activities together. Experts monitor each group closely, seeing what effect the unlikely friendships are having on the wellbeing of the older participants and the emotional impact on the younger participants in a one-of-a-kind social experiment.

The second series is set in Clifton, Nottingham at ExtraCare’s Lark Hill Retirement Village and features a range of elderly residents with some incredible stories to tell. The group includes 102-year-old Sylvia who was born during WWI, as well as 97-year-old Victor who at age 18, was on the beaches of Dunkirk during WWII.

The previous series was set in Bristol and ran for a short 6 weeks compared to the new series which is 10 weeks long.

According to the Nottingham Post, ExtraCare Charitable Trust’s Chief Executive, Mick Laverty said they’re delighted to have been chosen to be a part of the show and the social experiment. “We’re so pleased to have had the chance to work with Channel 4 on this ground-breaking series.

"It’s exciting to see the positive effect that spending time with the children has had on those residents involved.

"As a charity, we exist to enable better lives for older people which is why we’re committed to continuing our intergenerational work.

“We already know from research with Aston University that our unique approach to homes, lifestyle and care, if needed, reduces the symptoms of depression so often linked to isolation, mobility issues and loneliness for residents in our villages.”

The Daily Mail claims the benefits are already showing, particularly when it comes to the health of the elderly residents, with the company of the children making the pensioners “stronger, sharper and more resistant to disease.” The residents’ mobility was also said to have improved, which is a great news for those that rely on mobility aids like stair lifts.

Seeing the budding success of the experiment, The ExtraCare Charitable Trust has pledged to roll out a wider programme of ‘intergenerational’ activity across its villages, as well as encouraging people of all ages and walks of life to take some time out to spend time with others outside of their age group.