The stories behind the UK’s oldest UNESCO World Heritage Sites 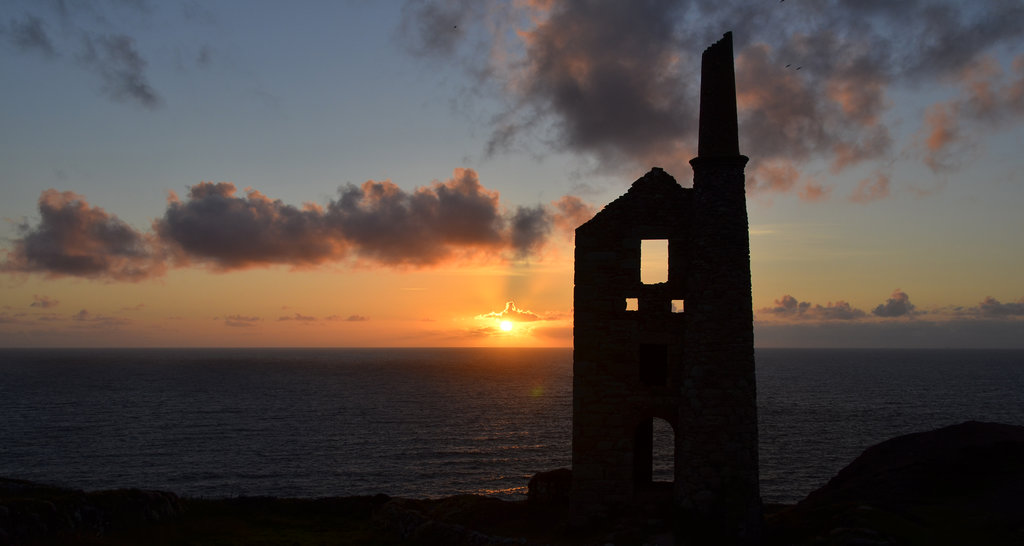 Across the world, 1,092 places of interest have been awarded UNESCO World Heritage Status. Spanning across 167 countries, a number of these can be found within the UK due to their cultural, historical or scientific significance, and are notable places that are worth the visit. Whether you’re looking for the perfect place to spend an afternoon or have a particular site in mind, we’ve included below a list of a few of the oldest UNESCO sites in the UK. 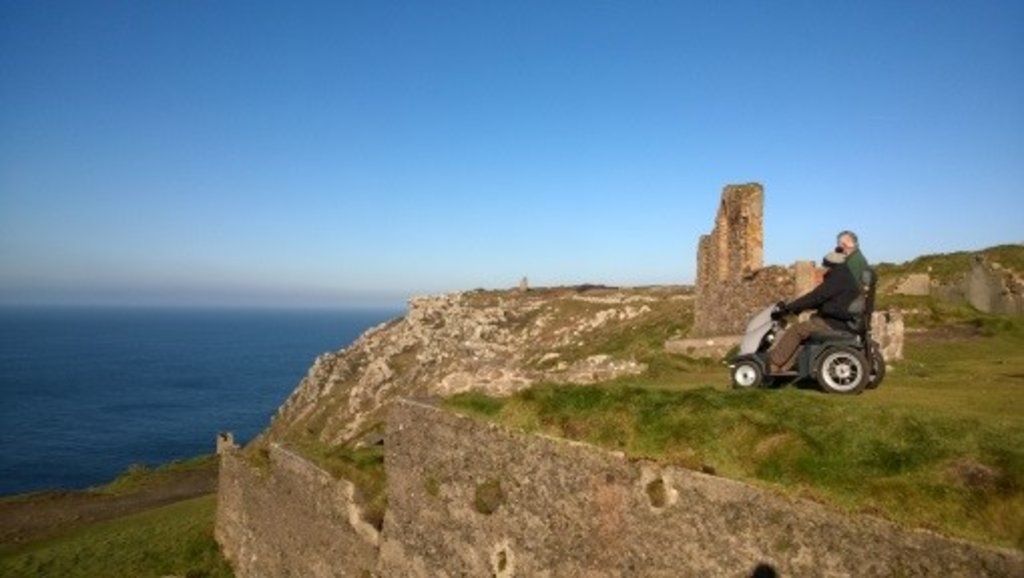 By the 1850s, the Cornish Mining World Heritage Site was described as being one of the most important mining districts in the world. Today, you can visit the location which is currently the largest industrial World Heritage Site in the UK. Comprised of ten areas, all set within the outstanding Cornish and Devon landscape, there is also a number of attractions to inform visitors about its past. What’s more is that, for those who may be in search of a quality UK stairlift, the Cornish Mining World Heritage Site have a number of trampers to help visitors navigate the site.

“The explosion of metalliferous mining for copper and tin which took place in Cornwall and west Devon during the eighteenth and nineteenth centuries helped drive the Industrial Revolution in Britain and has left an outstanding landscape legacy of former mine sites, mining settlements, and mineral ports and harbours, now acknowledged as of international importance by UNESCO. Our UNESCO World Heritage Site is comprised of 10 areas stretching from the Penwith Peninsula in the very West of Cornwall to Tavistock in the West of Devon, each area has a wealth of mining heritage set in widely varying landscapes. Many of the communities who still live in the areas are directly descended from those who pioneered the mining explosion. The World Heritage Site Office works to protect and conserve the site and its features of outstanding universal value, alongside helping to support the communities within the site and continue to research the history of the areas”, the site tells us.

The technological advances that the Cornish mining industry created have been incredibly influential, with the Cornish diaspora meaning that miners travelled around the world, educating others on their skills. As a result, Cornish communities exist in over 175 locations across the world, including Peru, South Australia and America.

“The Cornwall and West Devon Mining World Heritage Site is not just a beautiful place with everything from sweeping cliffs, peaceful beaches and seaside villages to rugged moorland, lush valleys and historic towns, it is also a place full of technological advances which truly changed the world and enabled the industrial revolution. Without this landscape and the people who lived and worked within it, and still do today, we would not have high-pressure steam power, the safety fuse, many plant species and minerals. To visit a place with such beauty and history which truly shaped the world we live in today is an experience we think is well worth a visit.” 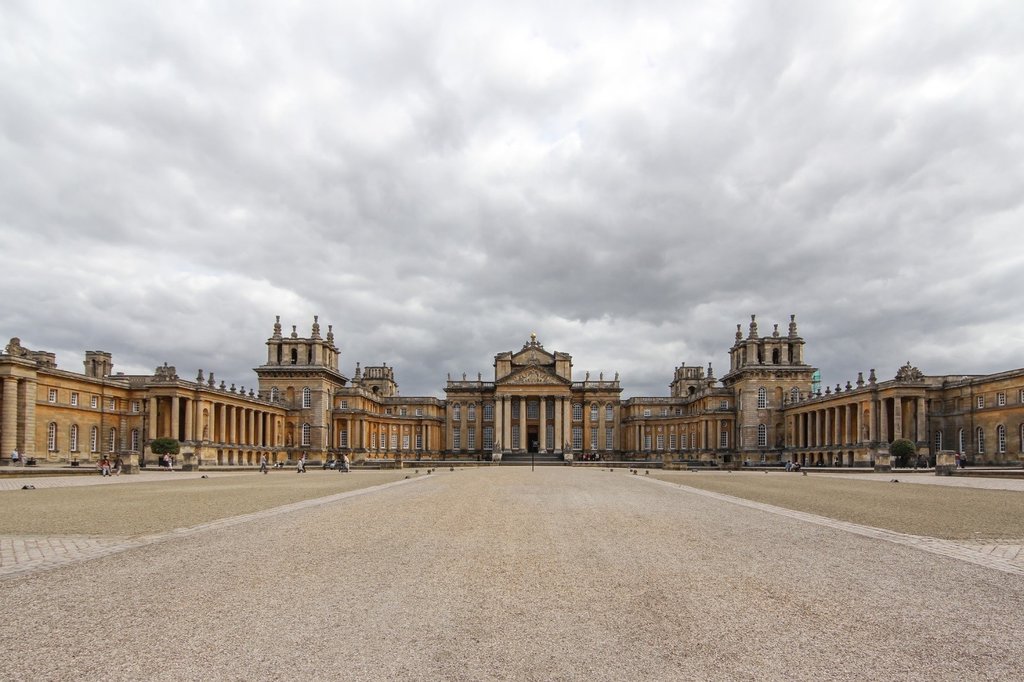 In 1987 Winston Churchill’s place of birth, Blenheim Palace, on the outskirts of Oxford, was awarded its UNESCO status. It is the only building in the country to be known as a castle without being a place of royal residence or Episcopal. The land gifted to the 1st Duke of Marlborough after the Battle of Blenheim which took place in Germany during the War of the Spanish Succession, a location where the ruins of the Royal Manor of Woodstock once stood. After being awarded £240,000 by Queen Anne, the gorgeous palace which can be seen today was created.

Architect Sir John Vanbrugh designed Blenheim Palace, with it taking 17 years for it to be built. However, the chapel building took a little bit longer and wasn’t, in fact, consecrated until 11 years after the Duke had died in 1733. Over the coming years, the palace would have a number of different structures erected, including The Temple of Heath, the Boat House and the Temple of Diana.

Upon the war ending, Blenheim Palace was opened to the public, with its doors remaining so ever since. Over the 68 years since its doors have been opened, the building has gone on to be designated as a Grade I listed building. 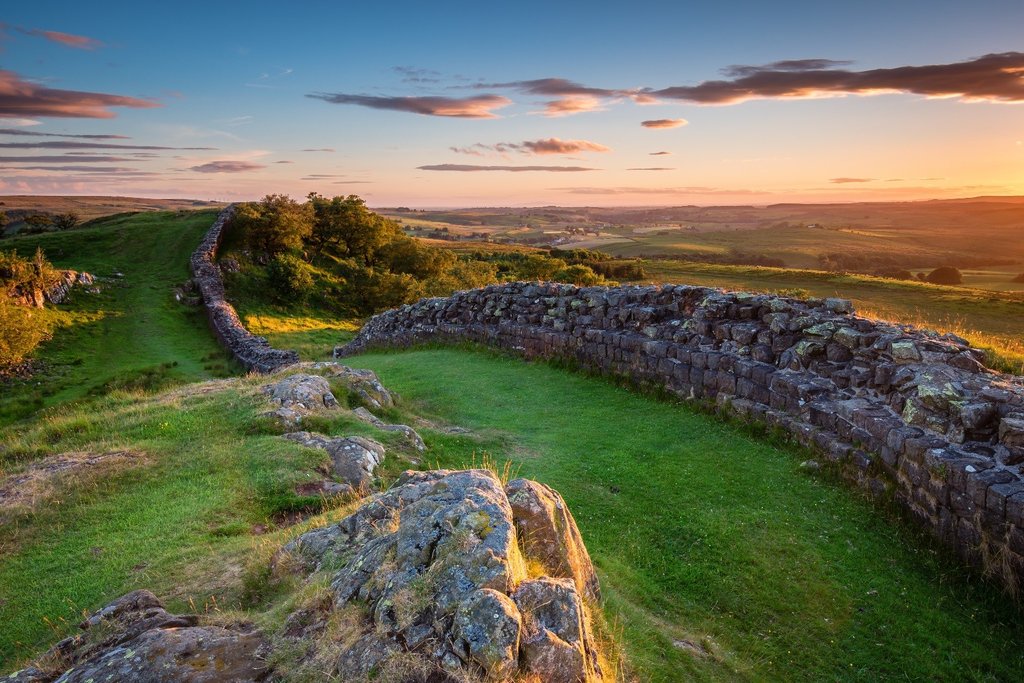 Added to the list in 1987, Hadrian’s Wall represents the outermost boundary of Europe’s Roman Empire, making it the most important monument of Roman Britain. The wall stands at six feet high and has a span of 73 miles, with turrets and milecastles positioned along the stretch of stone. Although the site was originally listed by itself as one UNESCO heritage site, it now forms part of an international Frontiers of the Roman Empire site.

Building the wall was no easy feat, as it took three legions of men six years to complete, with the original plan drew up by Hadrian, ever-changing at his request. With its aim to separate the Romans from the Scottish, several defence mechanisms were built into the wall along the way to ensure that the Romans would win if a battle were to commence. These forts and milecastles were created as the wall was not impenetrable, meaning that the Scottish could’ve made their way over if necessary. 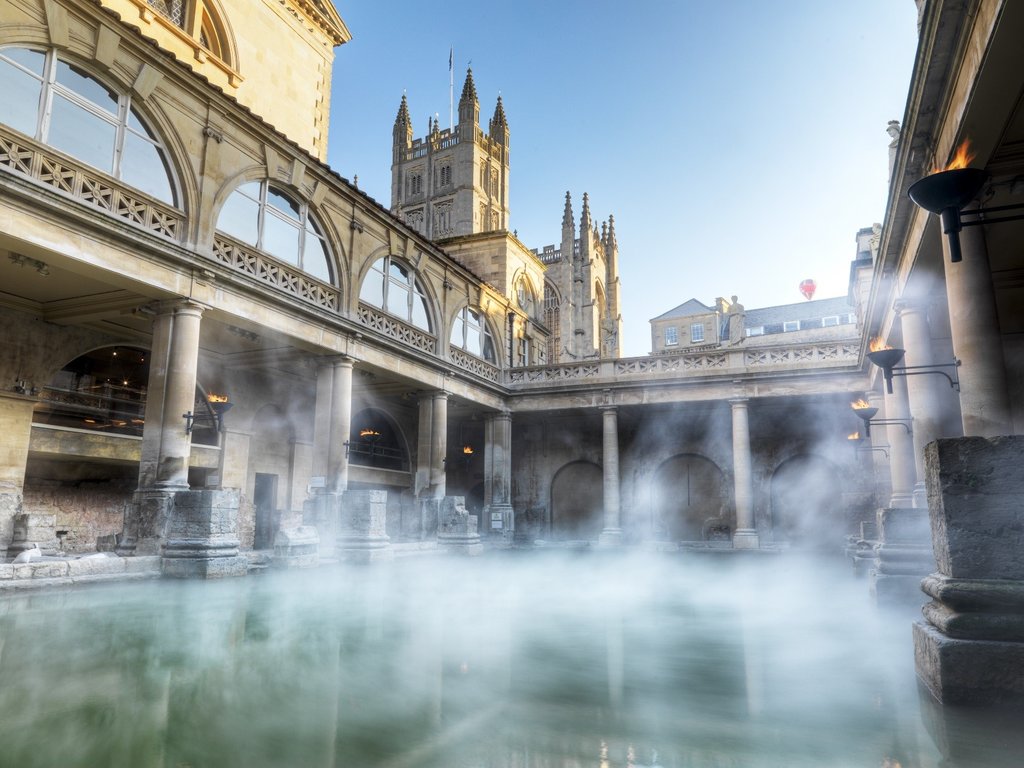 “Bath has such a rich history just waiting to be discovered around every corner. From the remarkable Roman Baths to the Prior Park Landscape Gardens, the stories behind these landmarks are absolutely fascinating,” Visit Bath explain. Founded by the Romans in the first century, the city of Bath is renowned for its thermal hot springs. However, it is also a fantastic location to visit if you’re searching for some incredible architecture and a riveting history!

“Bath has a wonderful and extensive history that dates all the way back to the Iron Age. Since then, the city has served as a backdrop to Roman Spas, elegant Georgian buildings, and beautiful gardens and landscapes - all of which have been masterfully preserved and can be found in the heart of the city.”

The city has been a UNESCO site since 1987 because of its Roman remains, architecture and hot springs, amongst other features such as the social setting. With many of the buildings built from the gorgeous honey-coloured stone mined from the nearby hills, architects of the 18th century managed to create a uniform city who utilised the rolling hills and crescent-shaped areas to make the beautiful city that can be found today.

“An absolute treasure chest of culture, Bath is filled with museums and galleries, all boasting a range of fashion, classic and contemporary art, and historical artefacts to completely submerge you in everything the city has to offer. There really is something for everyone here, whether you are interested in art, theatre, history, great food and drink or just looking for a relaxing spa getaway, everyone will be spoilt for choice.”

Also, as a literary hotspot, Jane Austen famously resided in the city, with her novels Northanger Abbey and Persuasion both set in historic Bath. However, other renowned authors such as Mary Shelley frequented the city, with a large part of her novel, Frankenstein, written there.

Stonehenge is the most famous example of a megalith in the world. Amongst the first seven sites in the UK to be added to the UNESCO World Heritage list, it is a holy site dating back over 4,500 years. It is unknown how it was built, as it would’ve required teams of people working together to form the monument which can be seen today. The Neolithics would have only had simple tools to use, which is why this feat of engineering is so impressive. The unique monument uses a number of different stones that can be found across the country, most notably the sarsen stone.