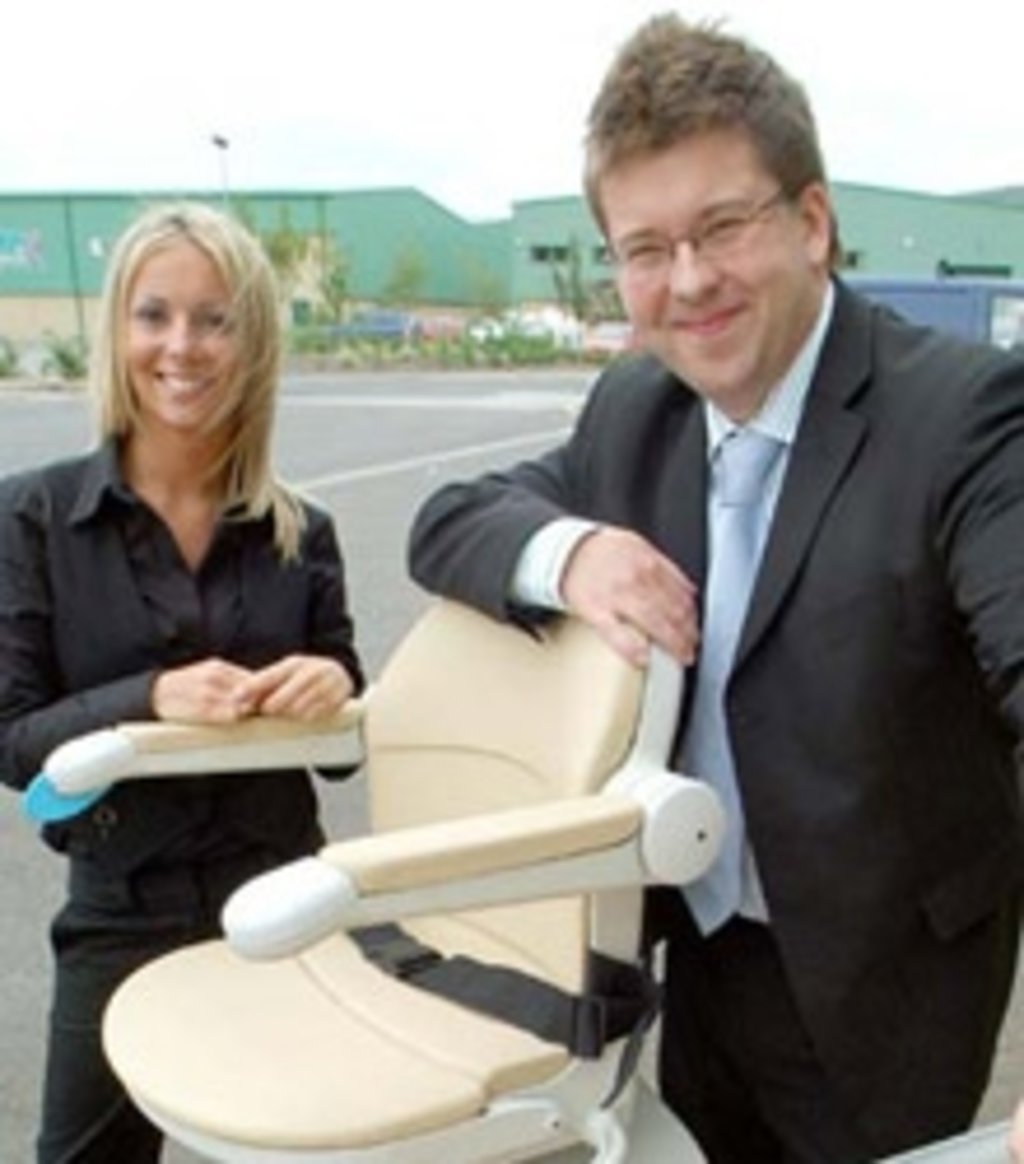 As Clare explains "I'd always wanted to have my own business, and stair lifts were something I understood well and I really enjoyed seeing the difference that the product made to people's lives. I strongly believe that to have a successful business, you've got to be passionate about your product and your customers and Michael was somebody that shared that vision."

Companion began trading in June 2003, just three months after Clare and Michael decided to bite the bullet, and the company now has a multi-million pound turnover, growing by 70% in the last 12 months alone. Their sales and customer service operations are based on Bradford's Cheapside, and a fleet of technical surveyors covers the whole of the UK.

"Setting up Companion Stair Lifts was a big gamble for us, as we were both giving up well-paid, stable jobs and entering as a new-comer into a competitive marketplace, but we were 100% committed from day one. For me it was a doubly stressful time as my wife and I had just had our first baby" adds Michael. "However, we were very lucky in securing investment and a lot of support from one of the major lift manufacturers in the UK, Minivator, who were delighted that Clare and I wanted to sell their products. Minivator's MD, Mike Lord, already knew what we had previously achieved and felt the same way as us about running a professional and ethical business."

One of the main challenges the dynamic duo faced in trying to bring a new brand into the stair lift marketplace was the dominance of the market-leader, Stannah. However, through consistent marketing and advertising and getting customer service right first time, Companion Stair Lifts is quickly becoming a trusted household name.

Clare summarises the past 2 years by saying "To be honest, I can't believe it sometimes. The business has grown so much in such a short period of time and I am just so glad we had the courage to actually do it. The biggest challenge we've got now is to make sure the next two years are even more successful!"