Is it too late to change my career at 50?

Changing career is never easy. But what about when you’re older and well-established in your current profession? Whether you’re as fit as a fiddle or rely on a stairlift, the thought of changing career can seem like an unrealistic goal, not to mention scary. You may be constantly asking yourself: “What if it doesn’t work out?”, “Should I just stick to what I know?”, but you’ll never know the answer unless you take the plunge.

We spoke to two over-50s who’ve changed their careers later in life to find out more about their experience, as well as hearing some expert tips and advice from three experienced career coaches about what it takes to make the change. 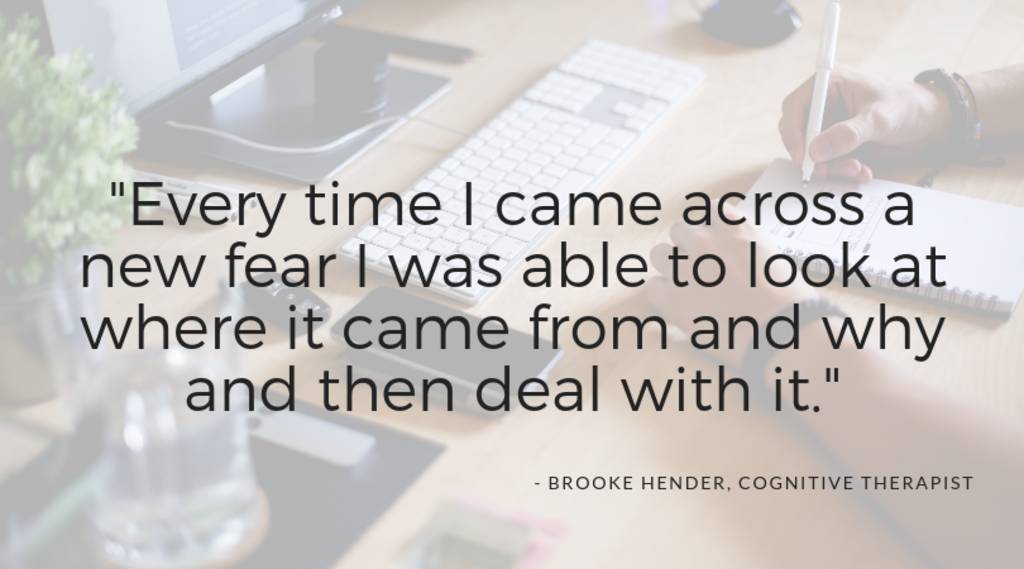 A Career Change in my Late 40s: Brooke Hender

“I was an actor, who like so many in the industry, also had a full-time job,” says Brooke Hender, a now self-employed cognitive therapist in Richmond. It was in his late 40s that Brooke had decided that he needed a change. “I worked for a large organisation in the film industry as an Executive Assistant. The death of a close friend of mine, also an actor, had a massive impact on me and made me appreciate and reflect on my life and what I wanted to do with it. That was the catalyst for a journey of change, starting with therapy, which gave me an opportunity to start to see the patterns in my life and to deal with them.

“The therapist I was working with suggested that I would make a good therapist - something at the time that I found both difficult to accept and, frankly, strange. I honestly didn’t take it seriously. But it made me think and then an opportunity to train as a Cognitive Hypnotherapist presented itself. Even then I didn’t think about becoming a therapist; I simply thought it would be a good opportunity to discover more about myself.”

But it wasn’t always going to be smooth sailing, particularly as Brooke already worked full-time; and the emotional requirements of the training proved to be an additional hurdle to overcome. “There were the logistical issues - working full-time and doing the training - but it was the emotional issues that were the hardest. The course forced me to finally deal with all those beliefs and attitudes that had been stopping me from enjoying and engaging with life in a way that I had suspected was always there, but didn’t know how to find.

“The biggest issue I came across was fear - fear of change, fear of the unknown, fear of the new, fear of failure, fear of success. So much fear. And every time I came across a new fear I was able to look at where it came from and why and then deal with it. The support I received during my training was superb as well. But one of the main reasons for keeping going was discovering that through dealing with my ‘stuff’ I was realising that I was able to help others with theirs. This really excited me and, to be honest, surprised me. The more I learnt the more I wanted to help others and that knowledge and desire still drives me now.” 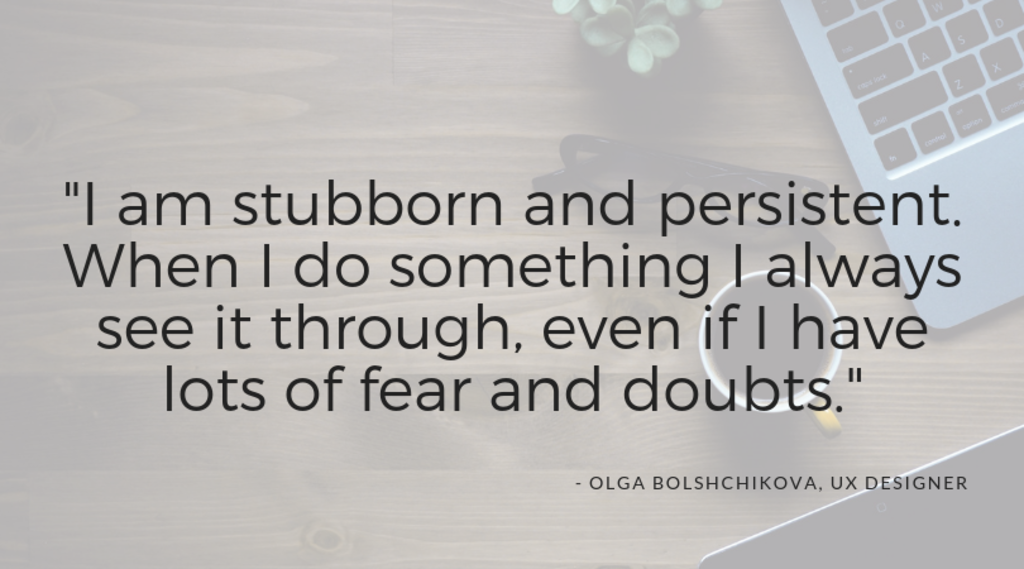 I Found my Dream Career at 50: Olga Bolshchikova

After working in an array of industries, Olga Bolshchikova found her dream job at 50 years old. “Four years ago, I changed a lot of things in a short space of time. I radically changed my life when my husband and I came to America. It was very hard for me to break away from the place where I lived for 50 years (Russia), but I challenged myself to embrace a new day-to-day life and overcame the initial culture shock. My English skills were somewhere around zero, so I started learning English on my own. I looked for a job, but I failed to land a graphic design job because of the lack of relevant work experience that met American standards. I didn’t have any projects in my portfolio that could grab a hiring manager’s attention. The lack of communication skills was also a huge obstacle because I hardly understood what recruiters were talking about. On one occasion, a recruiter openly said to me that I should focus on learning English and not look for a job. However, I kept doing both.

“When browsing job boards, I often came across UX designer positions. That interested me a lot - I felt like it could be exactly what I wanted to do, and that I could do it well. I was inspired by the idea to learn how to create not only nice-looking design but simple, intuitive and useful functionality. I applied for UX Academy (DesignLab) but wasn’t sure if I would be accepted as I wasn’t sure if my English was good enough, and I also worried that age would be a barrier. Thankfully, neither was an issue, and I became a student.

“Seeking a job after completing the course was another thing to overcome. I sent about 250 applications in three months. Sometimes I thought I could never break through the wall of rejections, but Chris Thelwell, my mentor at DesignLab, repeated to me, again and again, to keep going and he was right: I landed a job as a UX designer. But being employed was not my happy ending, it was the beginning of a new bunch of hurdles that I had to keep getting over.

“Before UX Academy, several experienced designers told me that I should stick to what I could do (editorial design) and that it was too late for me to learn UX design. But I am stubborn and persistent. When I do something I always see it through, even if I have lots of fear and doubts.

“At the age of 50, you do get tired more often than when you were 30. You get used to a job and a way of life and find lots of excuses not to change anything. But if you commit to a career change, you can do it. But you have to be prepared that you have to ‘drink from a fire hose’ because it is going to be almost always an insane amount of new things to learn all at once.” 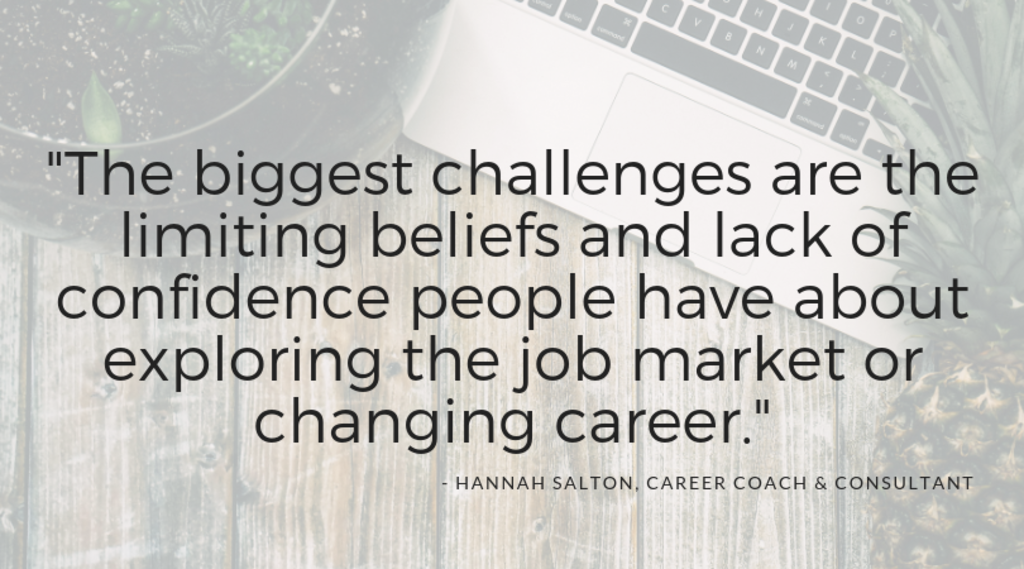 What do career coaches think?

It’s not too late to change your career at 50

When it comes to the common misconceptions people have about changing career when they’re older, Ros Toynbee, The Career Coach, finds that her clients always feel it’s too late. “It’s not. With the pension age going up and many people’s pensions not being enough to live comfortably off alone (plus the rise in divorces in middle-aged people), more and more older people are working and the way they are used to working isn’t how they want to work going forward. A busy, stressful, responsible job may no longer work for them and it’s time for a gentler full-time role with less responsibility, a new project, a new business or a part-time role where you do something that interests you and that keeps the brain cells active.”

Hannah Salton, Career Coach & Consultant agrees that a lot of people feel it’s too late, but this often boils down to a lack of self-confidence. “Sometimes people think they are too late in their career or have worked at one place too long to change career. In my experience, the biggest challenges are the limiting beliefs and lack of confidence people have about exploring the job market or changing career. Companies value experience and career-changers always have a wealth of transferable skills - it’s just a case of working out what they are and how they can demonstrate that to others.”

If you’re looking to take that first step, Ros recommends going back to the drawing board and thinking about your skills, abilities and interests. “Look at your skills, your interests and what’s important to you. There’s plenty of career-related assessments online which are free or a few pounds, which can give you some steer, but no online assessment is perfect. Ask friends and family what they could see you doing. Or work with a coach. That’s what they are trained to do!” 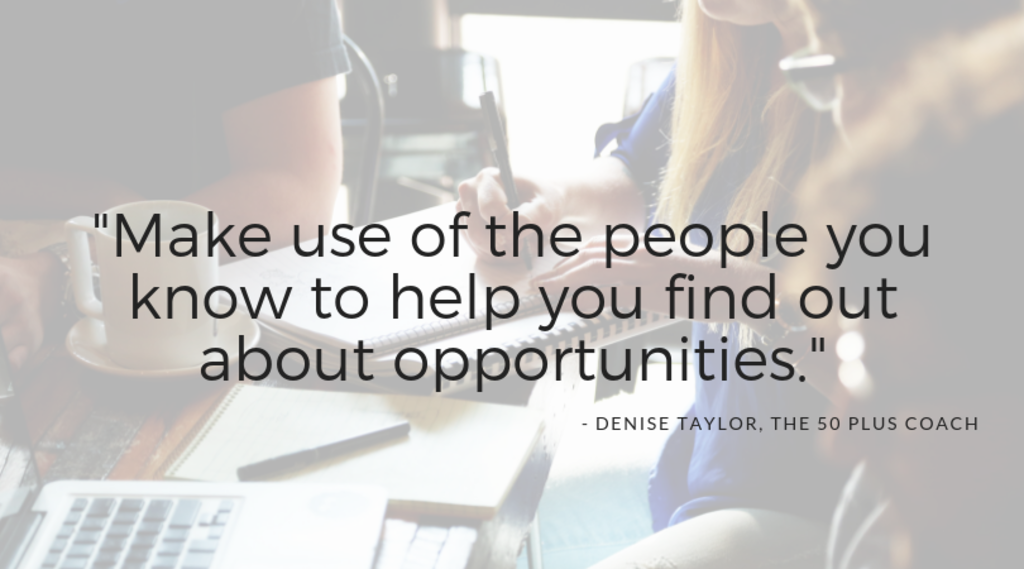 Be organised and plan ahead

“It can feel overwhelming to explore career change at any age,” says Hannah. “I would recommend trying to put a bit of structure around something which can often be rather unstructured. Create an ideal timeline with an action plan and next steps and consider working with a coach or mentor to keep progress going. Managing your confidence and motivation is a big part of changing career.”

Ros also warns that you will likely have to take a cut in salary, at least to begin with anyway. “Whatever career you change to, prepare yourself for it to be competitive and expect to face a salary drop or to start at the bottom or a lower level than you are used to. It takes time and energy to change, and you might need to retrain but not always.”

If you’re not sure you want to dive in head first, Ros recommends: “Doing volunteer work or a course or some job shadowing where you see someone in action doing the role are good ways to try before you buy.” 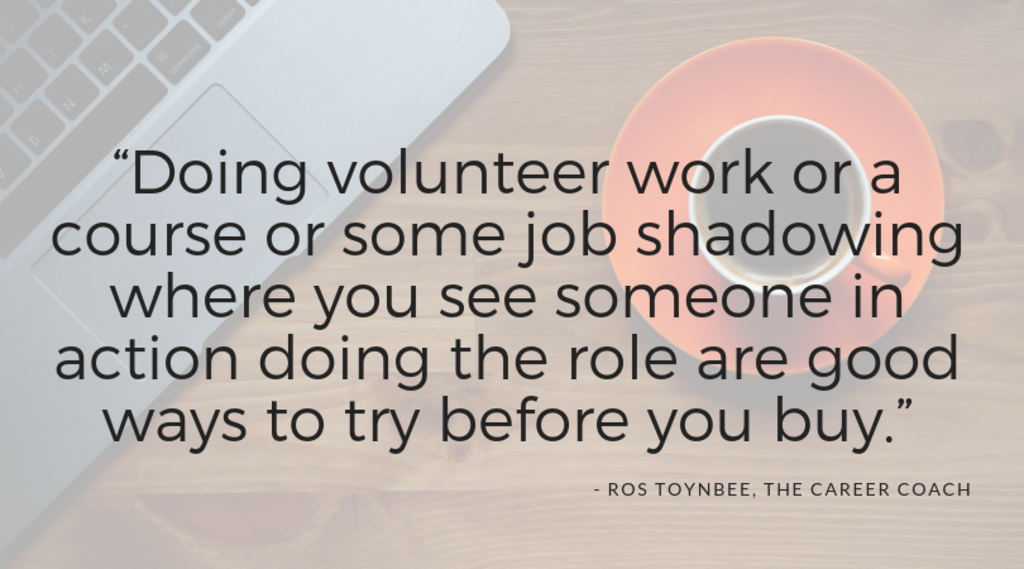 When it comes to the job hunt itself, it can all seem a bit daunting, especially if you haven’t applied for a job or had a job interview in a long time. Denise Taylor, The 50 Plus Coach has a few tips to get yourself up to speed with job hunting and interview techniques. “Bring your CV up to date and in most cases have an effective LinkedIn profile. Use both mediums to target the position you want, and make sure you edit your CV carefully so it is not overly long. You can cut out any irrelevant experience for the role you’re going for and consider whether you actually need to include things like your O-Levels.

“Also, don’t talk too much about the past at a job interview and make sure you can connect with an interviewer who could be half your age. It’s important to develop a rapport. Also, remember that a lot of jobs are not advertised, so make use of the people you know to help you find out about opportunities.”

Similar to this, Hannah recommends networking. “Networking is so important. Not in the traditional schmoozing-at-events sense, but creating focused, targeted and meaningful authentic relationships. Get out there and talk to people doing jobs you’re interested in and also join networks and communities to learn more from others.”

Although changing career later in life may seem scary, it seems that with a bit of planning and patience you’ll soon be reaping the benefits. All it takes is a little belief in yourself.